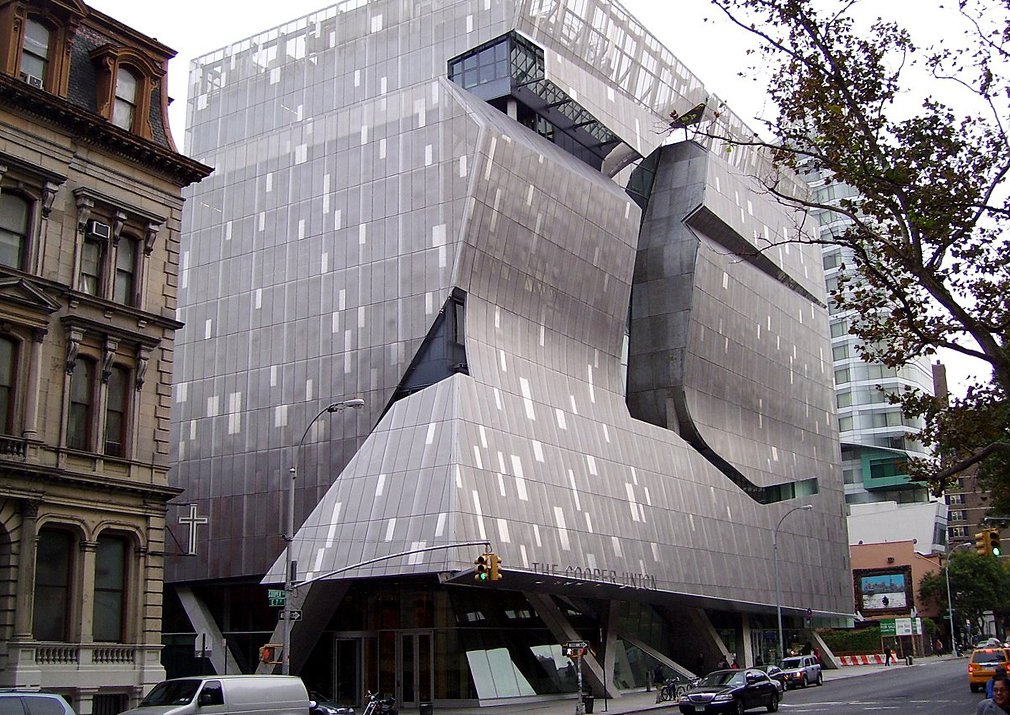 Designed by Pritzker Prize winning architect, Thom Payne of Morphosis’, 41 Cooper Square is the first academic laboratory project in NYC to receive the U.S. Green Building Council’s highest honor. Plasterform, one of the largest architectural casting manufacturers in the world, contributed to both the exterior and interior of this high profile project.

According to Crain’s magazine, as part of a progressive green building initiative, this LEED Platinum project has a double skin exterior consisting of a coated window wall system enclosed by perforated metal panels which improves the energy efficiency of the building by reducing the amount of heat penetrating the building in warmer weather and reducing the loss of heat in the winter.

Interwoven into the exterior façade of this building is Plasterform’s Glass Fiber Reinforced Concrete (GFRC) rain screen system, a more sustainable option than conventional construction. The GFRC rainscreen has a complex shape that had to conform to the shape of the perforated metal fabricated by A. Zahner.

According to Mario Botelho of Plasterform, this was accomplished with the use of BIM (Building Information Modeling). The Architect created a 3D electronic model of the building that was passed on to each manufacturer. A. Zahner and Plasterform then used their CADCAM (Computer Aided Design Computer Aided Manufacturing) capabilities for prefabrication which allowed for the seamless integration of both materials despite being hundreds of miles apart from each other.

Sustainability wasn’t the only driving force behind the design of 41 Cooper Square. “Internally, the building is conceived as a vehicle to foster collaboration and cross-disciplinary dialogue among the college’s three schools, previously housed in separate buildings.”

At the center of the nine-story, 175,000 SF building is a vertical piazza with a full height atrium with grand stairs, sky bridges and skip stop elevators. As the center of the social hub, Plasterform’s randomly perforated Glass Fiber Reinforced Gypsum (GFRG) panels were installed throughout the atrium to help with sound absorption. The use of GFRG on the ceilings speaks to its versatility as a “lightweight material that can be made into just about any shape imaginable”.

Plasterform’s contribution to the Cooper Square project exhibits their diverse capabilities due to their extensive product range and use of the most innovative technology.